Release Date and Price
The Nintendo Switch is set to launch March 3, 2017 for $300. This includes the main console, a pair of Joy-Con controllers, a grip, wrist straps, a Nintendo Switch dock, an HDMI cable, and an AC adapter. Two versions will launch, one with gray Joy-Cons and one with neon blue/red Joy-Cons. The Joy-Cons
The presentation highlighted some interesting and unique functionalities for the Switch controllers. As we know, they can be popped off the side of the Switch and can be used to play two-player games. Each Joy-Con is characterized by a joystick, four face buttons, an accelerometer, a gyroscope, as well as small L/R shoulder buttons. The right Joy-Con has an AR camera that detects distance, as well as an NFC reader for Amiibo figures. The left Joy-Con has some different features, having the ability to capture screenshots. Both the left and right Joy-Con have a unique vibration feature called “HD Rumble.” A demonstration performed by Nintendo’s Yoshiaki Koizumi claims that the Joy-Con can feel as though you are holding a cup of ice, with the addition of each cube making it heavier and heavier. It will be a neat element to play around with, for sure.

Specs
Nintendo officially confirmed that the Switch has a 6.2-inch 720p screen that can be used for on-the-go play. The Switch has a default 32GB of internal storage, which can be expanded, alongside two speakers, a 3.5mm headphone jack, and a slot on the top right for game cartridges. The Switch is reported to last anywhere between 2.5 to 6 hours, but can also be utilized while it is charging. Additionally, there will be no more region lock. Accessories
Aside from what comes in the box, you will be able to purchase additional pairs of Joy-Cons for $79.99 and the Pro Controller for $69.99. A set of racing wheels and a Switch Dock Set can also be purchased for $14.99 and $89.99, respectively. 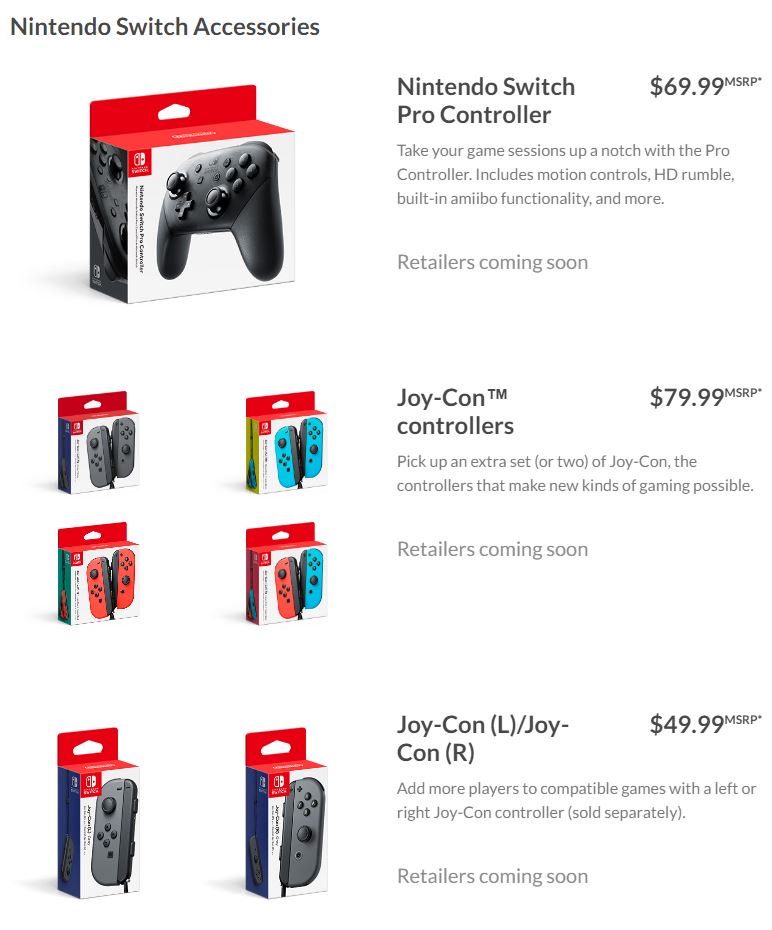 Online Service
Similar to other major consoles, the Switch is introducing a paid service that will start as a free trial at launch. The subscription includes online play, dedicated lobby and voice chat functionality, a monthly game download (NES or SNES), and additional exclusive deals. Price options were not discussed quite yet. Switch Titles
A whole slew of titles were shown off for the Switch, some of which include:

And, of course:
The Legend of Zelda: Breath of the Wild (March 3rd)

Alongside these titles, there are a reported 80+ games currently in development for the Switch. No word on any Pokemon titles just yet, but there’s still plenty of time for that to happen. Nintendo will be hosting a special all-day Treehouse event starting at 6:30am PST/9:30am EST, so be sure to tune in and see what else they have in store! 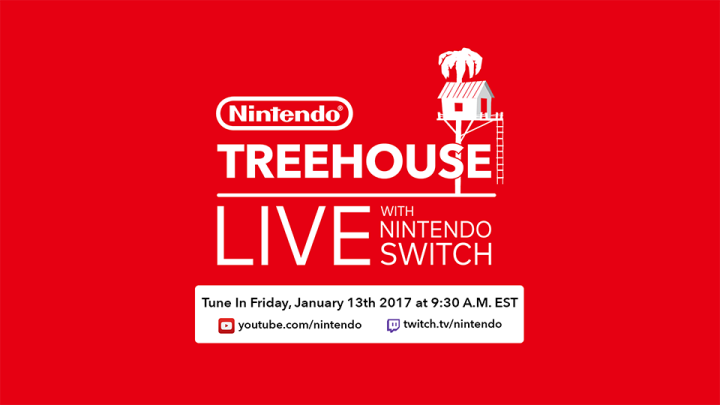 Shocked
0
Shocked
I've been a fan of Pokemon for a little bit over 8 years. My very first Pokemon game was Pokemon Sapphire, which I recieved as a gift alongside a Gameboy Advance. To this day, I still continue loving Pokemon with the same passion and intensity as before. My two favorite Pokemon are Dedenne and Milotic, and my favorite type is the Fairy-type.