What is Starter Showdown?

It’s crazy to think it’s been over 4 years since we published our first Starter Showdown. Since then a generation has come, gone and a new one is about to begin. In this time our site has also changed a lot: new content, new members and new things to do. We feel there’s no better time than now to revisit and introduce Starter Showdown: Redux!

The idea is simple: we hold several voting periods in order to determine the favourite overall starter Pokémon, one generation at a time, then we’ll hold a final vote to crown our next Starter Champion. We only select from Pokémon that are available to pick at the start of core series games.

Each round will consist of starter Pokémon available in their native region, meaning our readers will initially have to vote for their top choice from each region. The rounds are as follows:

Note: with Let’s Go Eevee and Pikachu games releasing recently, we’ve decided to include two Kanto voting rounds, with Pikachu only appearing in one of those. 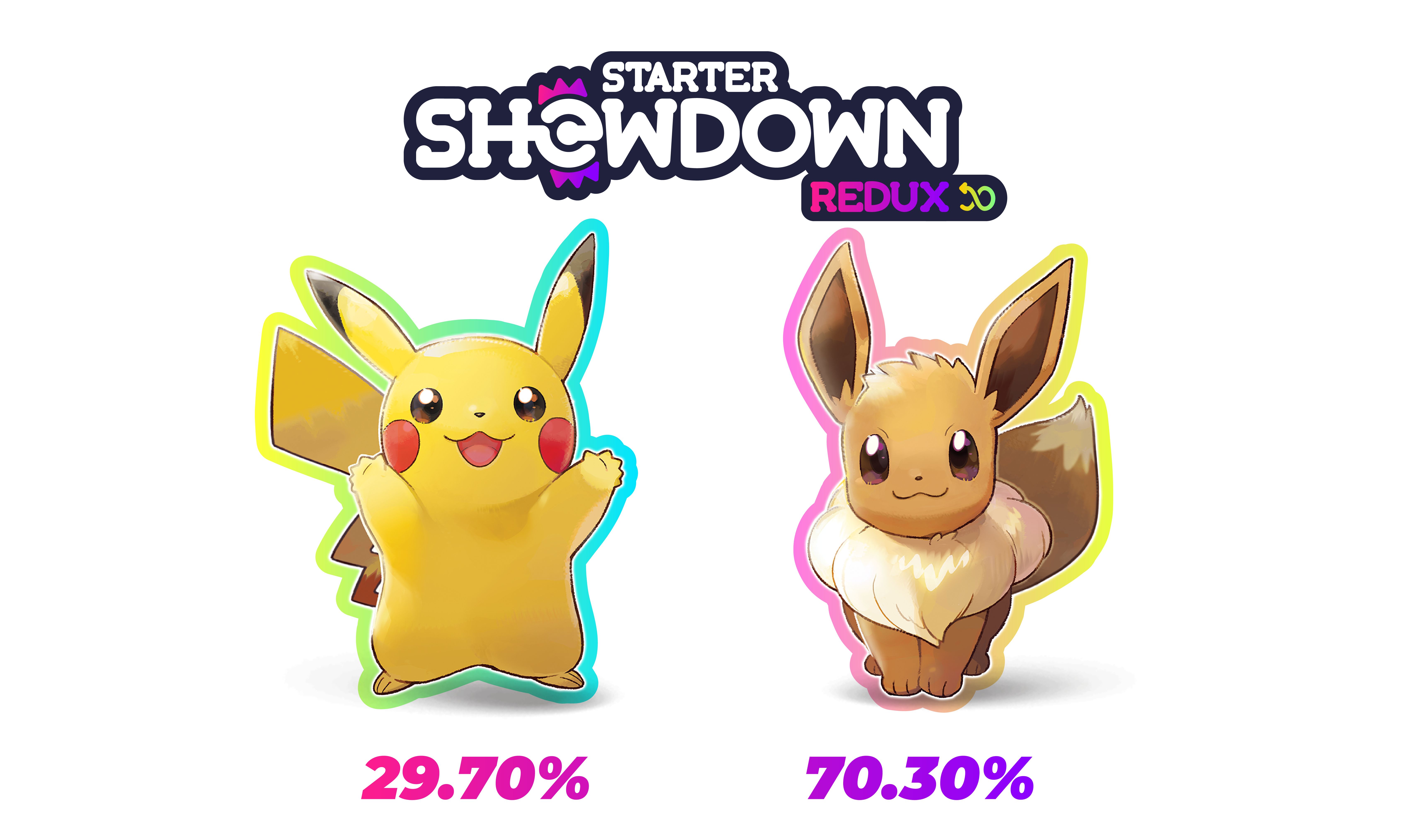 We’ve counted the results from across our site and Twitter and winner of our Kanto II round has been decided! Eevee takes the crown this time and will move forward to compete with the rest of the winners in the finals. Eevee took a huge lead over Pikachu, receiving 70.30% of the total votes, while Pikachu received 29.70%. Maybe the yellow mouse isn’t as popular as we thought?!

We received a total of 1135 votes in the Kanto II round of our Showdown, let’s go for more in this round!

This next round features the Starter Pokémon from arguably one of the most popular generations. The Johto Starters – Chikorita, Cyndaquil and Totodile – undoubtedly share a special place in the hearts of countless Trainers.

Vote for your top pick in the poll below to be help secure their victory. Also be sure to check out the tweet over on Twitter for a second chance to vote!

Why not head over to our Discord server and get talking with other Pokémon fans?

If you enjoy our articles, both news and original content, consider supporting us on Patreon!

Shocked
32
Shocked
Moving (or Sam) joined PokéJungle back in 2012 and... something.I'm the cool one that everyone loves.