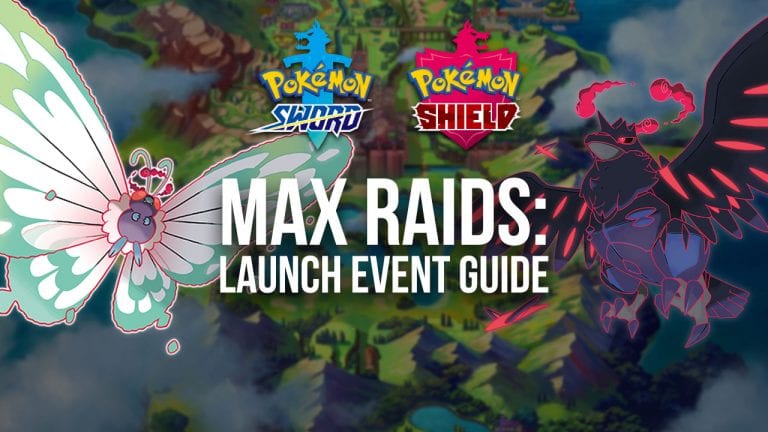 With the release of Pokémon Sword & Shield, Pokémon Company has encouraged playing on day one by adding several events. These are similar to those featured in previous titles and Pokémon GO events, but these ones do not require you to leave your couch!

Max Raids provide you with the opportunity to battle alongside three other trainers: non-player characters (NPCs), other gamers, or a combination of both! These battles occur in the dens throughout the Wild Area! You can tell there’s a Pokémon in the den if you see a red light extending upward. Also, keep an eye out for a purple beam! This suggests a rare Pokémon with a hidden ability!

Depending on your pre-order, you may have access to Dynamax Crystals! These single use items allow the player to manipulate the inhabiting Pokémon of a den in the Wild Area. After they are used, the effects of the Dynamax Crystal remain until midnight of that day. So be careful when you use it! This event features version exclusive Dynamax Pokémon.
These 1-star raids also give trainers: (5) Exp. Candy XS, (1) Exp Candy S

Players will experience increased probability of encountering the following Gigantamax Pokémon in raids from November 15th to early January 2020. There are two sets of version exclusive Pokémon available in these raids, but Gigantamax Butterfree will be equally available in both games! Raids are given a challenge level between 1 and 5 stars, 1-star being easiest. The incentives for higher stars are greater rewards! The drops add one or two new items per star. The ^ in a Drops or Drop Rate box indicates “same as above.”

The following are bonus drops associated with each star level of these raids.