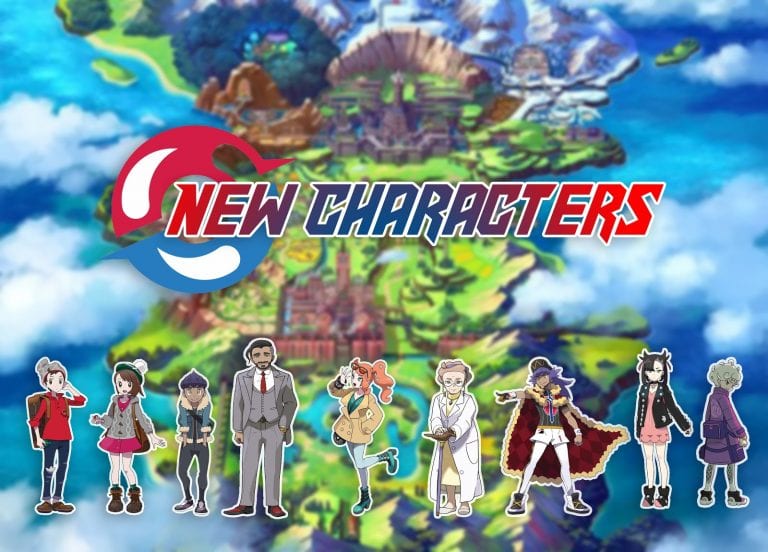 The Galar Region is home to a brand new cast of character that you will meet during your journey.

Description: Hop is a friendly young boy who is the younger brother of the champion, Leon. His goal is to become the Galar champion like his brother. He chooses the starter that is weak to yours.

Description: The undefeated champion of the Galar region who has a large following. He is extremely popular in the Galar region and is the older brother to Hop. His partner pokemon is Charizard.

Character Description: Marnie also wishes to become champion of the Galar region and has developed the fan base “Team Yell.” She wishes to accomplish a certain goal, but as of the time of writing it is unknown what that is. Her partner pokemon is Morpeko.

Character Description: Bede is one of your rivals who is skilled at Pokémon battles and has the pride to match! He has joined the Gym Challenge, having received his endorsement from Rose, the chairman of the Galar Pokémon League. While he clearly is aiming to become Champion, he seems to have other objectives as well…

Official Description: Professor Magnolia is the preeminent Pokémon Professor of the Galar region. Her main focus of research has been the Dynamax phenomenon. She shares her home with Sonia and has given her a certain research task…

Official description: Sonia is the granddaughter of Professor Magnolia, and she’s Leon’s childhood friend. She’s also a young researcher, who serves as assistant to Professor Magnolia. She’s very knowledgeable and will offer helpful advice to aid you on your adventure!

Official Description: Oleana is Rose’s secretary and is known for her calm and collected personality. She also serves as the vice president of Rose’s company and is in fact largely in charge of the day-to-day running of the company.